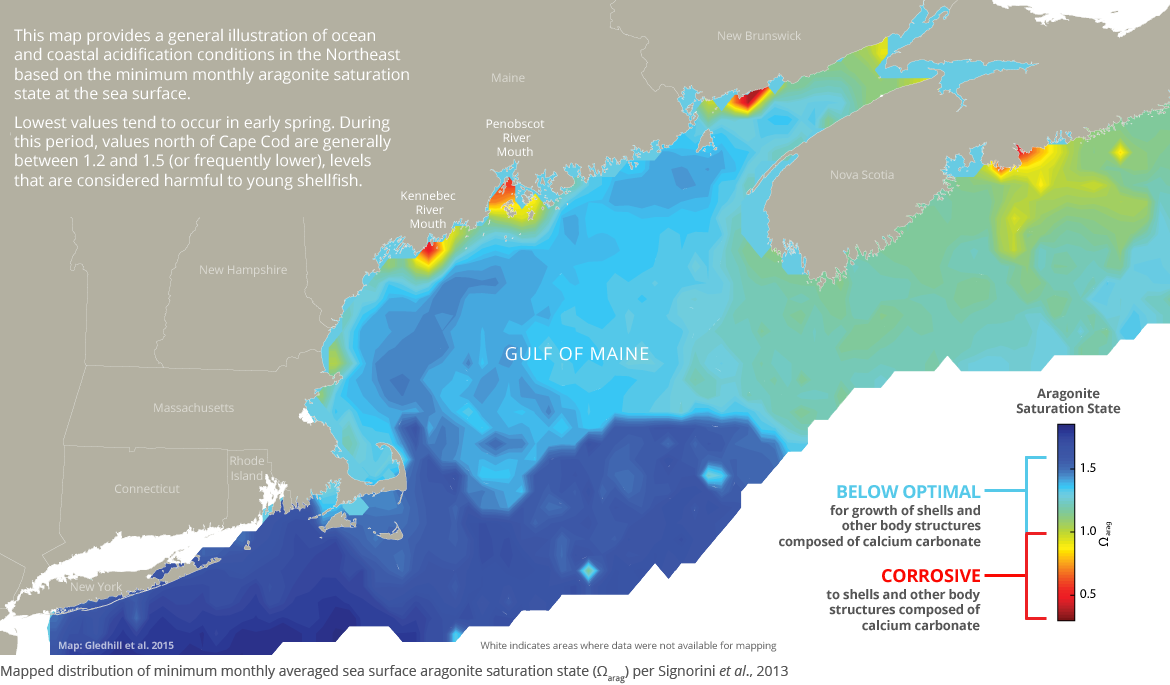 Red, orange, and yellow on this map indicate areas that tend to have corrosive conditions, such as near the mouths of the Penobscot River and Kennebec River. These areas are influenced by freshwater that enters the ocean from land, carrying excess nutrients that lead to coastal acidification.

For more information about regional conditions, see the report "Ocean and coastal acidification off New England and Nova Scotia".